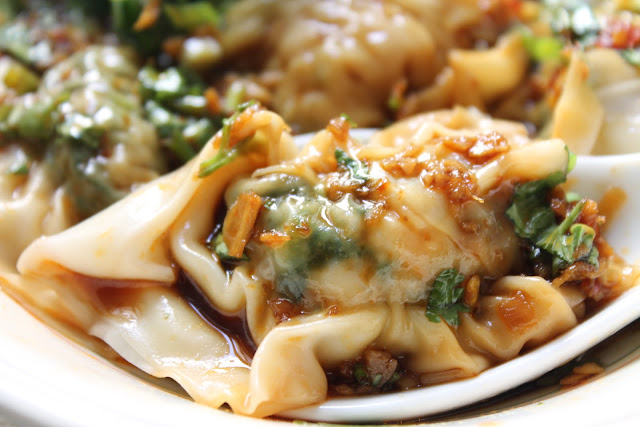 Here's another Chinese dumpling that everybody knows and love .....

Wontons are usually boiled  , served in soup or deep-fried ....

But the one I really love , adding some dressing after boiling it ....

Nothing tricky in wrapping/folding/shaping these tasty morsels  ....... 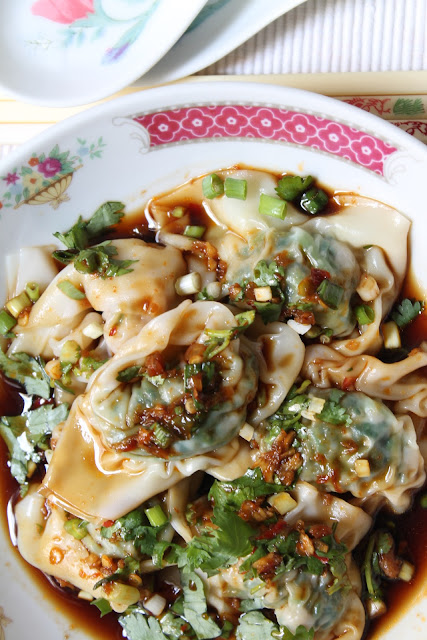 You just shape it anyway you like , as long as the filling stays inside .....

Though I had such a hard time making mine , as I want to shape it just like the ones from Kylie Kwong's book ! lol

To tell you the truth , I had to watch this Youtube tutorial while I was making my wontons ! lol 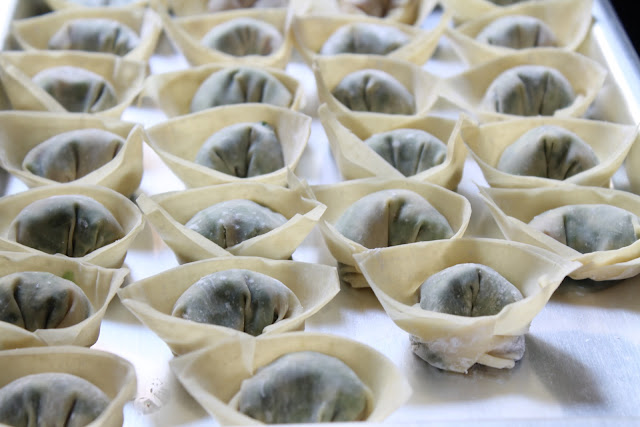 at least 30 pieces of wonton wrapper

* Mix ingredients above , adjust seasoning according to taste . 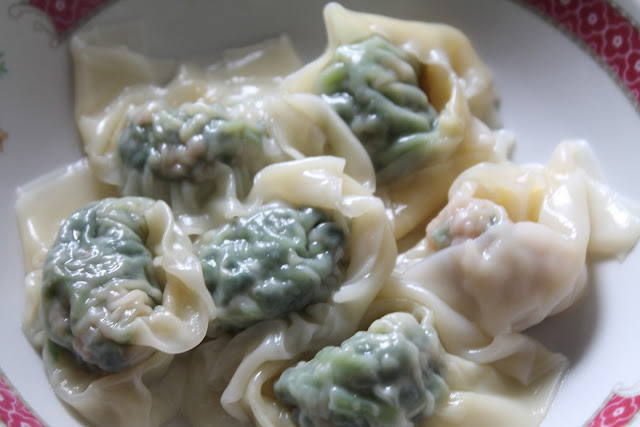 * Place a teaspoonful of the filling in the middle of the wrapper , moisten the lower edge of the wrapper ; fold the wrapper in half to enclosed the filling ; press gently to seal the edge ; hold the wonton lengthwise between your hands with the folded edge facing down ; fold the sealed edge of the wonton back on itself then lightly moisten one corner of the folded edge with water , then taking the two ends in your fingers bring them together with a twisting action and press tightly to join . Repeat with the rest . 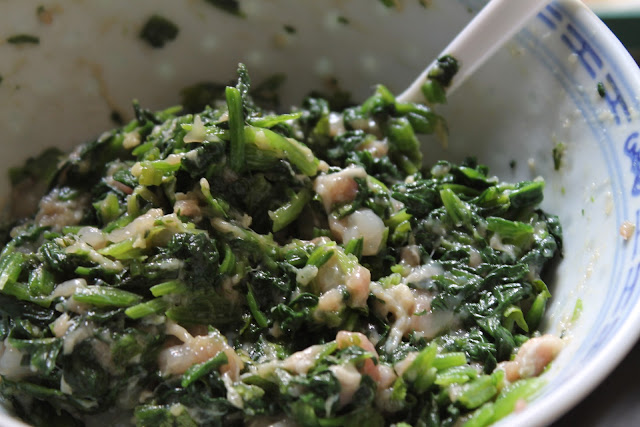 * Combine ingredients above while boiling the wontons ( about 4 minutes )
* Transfer boiled wontons onto a plate or a shallow bowl , drizzle with the dressing and serve hot .

*** This sauce is for Kylie Kwong's 16 pieces of cooked wonton , adjust ingredients depending on how many wontons are you going to cook .