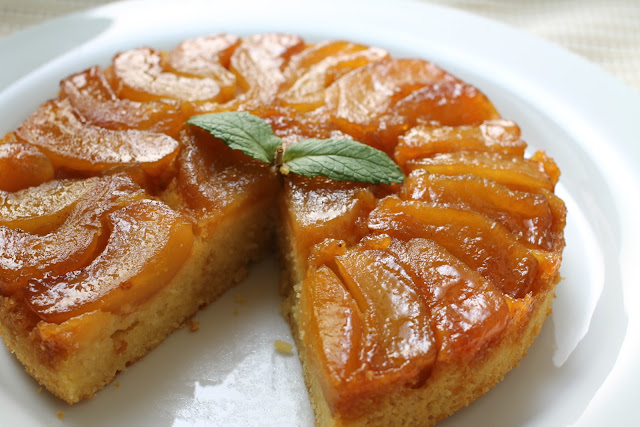 I added the sliced apples into the sugar and butter mixture not knowing that the mixture is burned ...

So when I tasted it after a minute - ekkkkkk bitter much ?! Added some brown sugar but still no go ! tsk tsk

Burned caramel really tastes bitter and no matter how much sugar you're going to add , it will still taste bitter as I found out  -____- ''

I was thinking of just throwing it , go down and buy some apples but I'm sweating buckets - the kitchen was so hot - I didn't have the energy or just pure laziness hee hee

Good thing though that the apples that I used - Braeburn - keeps it shape despite washing and cooking it again ! 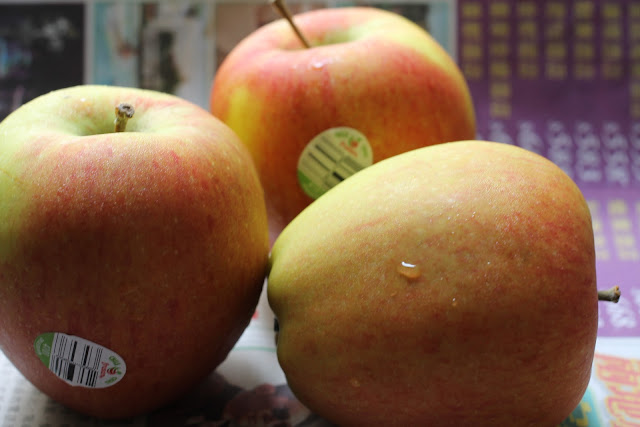 Burned caramel aside , this recipe's the easiest I've tried so far ...

Cornmeal really adds an awesome texture in this moist and delicious cake ... 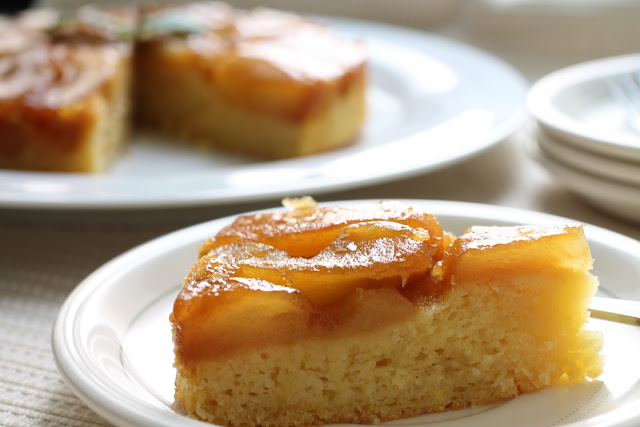 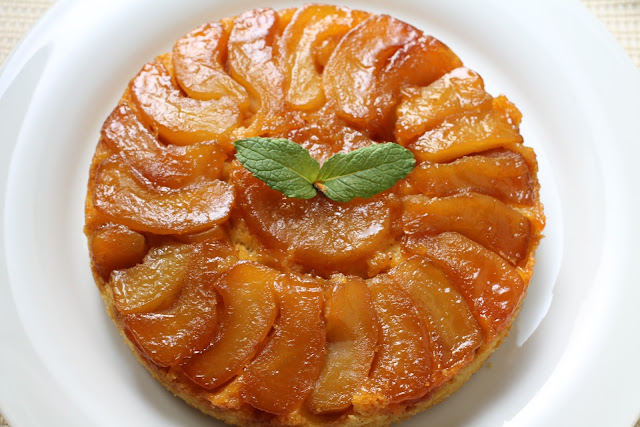 I made half of the recipe and used 3 apples .

I'm submitting this blog post to the Bake Along event hosted by Joyce of Kitchen Flavours , Lena of Frozen Wings and Zoe of Bake for Happy Kids .

Do check out some baking friends posts !