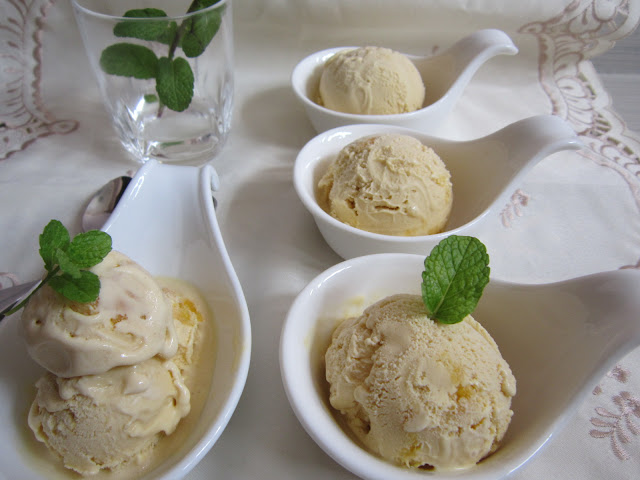 My first ice cream of the year .

But then who wants to eat ice cream when it's about 15° outside ?

Now  , now ! Most of you that resides where 10° is just ho hum will smirk at this but then I'm from the tropics where they're not selling puffed jacket  or maybe they're selling it now ?! ^_-

I love winter here in Hongkong , partly because I can cover up my unmentionables hahahaha And just to let you know that , of course ,  ice cream shops here still thrives during winter and no , they're not selling it at half price hee hee . Maybe I'm the only one who doesn't like to eat ice cream during winter

So , as summer approaches , I'll start sweating like a pig  *sigh* but then I can make ice cream to my heart's content . I'll still drool when I check out Haagen-Dazs or Ben and Jerry's but as it's $28/scoop ( don't know if the price's still the same ) I'll rather buy 1L of whipping cream , which is cheap , by the way and make different flavor . Hey ! I'm cheap ! hee hee

This is a strawberry ice cream recipe , I just used mango . 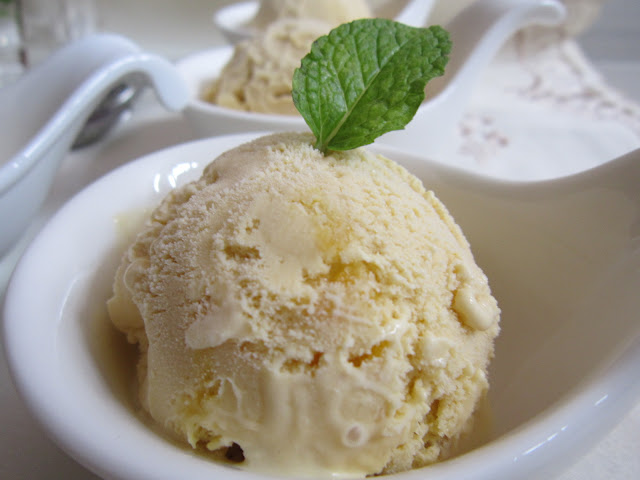 Recipe from Desserts for Beginners by Peggy Wong

* Whisk egg yolks and sugar until pale yellow .
* Heat milk in a pan until warm ; pour half of the hot milk into the egg yolks , whisking as you add to prevent curdling . Return the mixture to the saucepan and stir with wooden spoon until thickened . Set aside to cool .
* Mix lemon juice to mango puree and fold this to the egg mixture . Cool completely and put into the fridge to chill .
* Add the whipping cream to the cold egg mixture , mix until well combined and pour into the ice cream maker ; spin until thick and creamy . Transfer into ice cream container and layer some mango pieces and freeze until firm , about 4 hours or overnight

*** If you're not using an ice cream maker , use handheld mixer to beat the whipping cream until stiff and fold this to the cold mixture into two portions . Freeze mixture for an hour until half frozen ; then scrape the mixture and beat using a handheld mixer , in high-speed , until smooth but not melted . Repeat this 2-3 times to improve texture ; then freeze until firm .

*** Check out some icy concoctions at Sugar Puff , she didn't use an ice cream maker and she made different yummy flavors  .