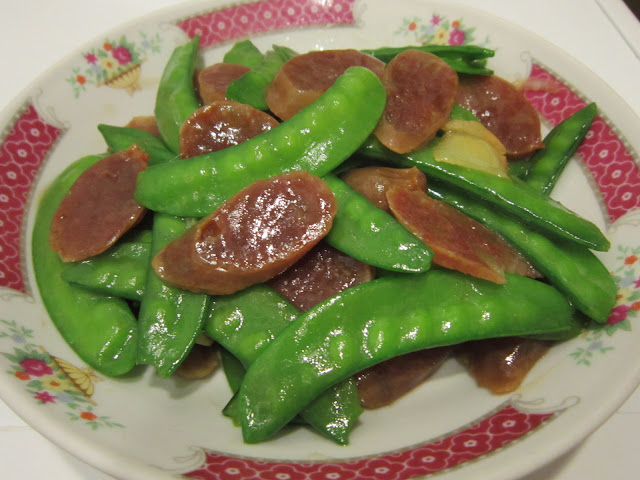 "Lap Cheong" is basically made of pork that has been air-dried , never mind just google it for more info :D  . "Yun Cheong " ( my absolute fave ) , is made of duck liver & the "Lap Yuk" or air-dried pork , it  looks like a petrified :D bacon .  These are everywhere during winter . It's really versatile , you can add it as a topping to your claypot rice or " Lap Mei Fan " ( I usually know the Cantonese name or how to say it it Cantonese of some of my fave Chinese food hee hee ) . Add it to steamed radish or taro cake , as a filling to the steamed rice dumpling or just merely stir fry it with some veggies as I usually do . Buy the best you can afford . We love the one from Wing Wah , it's a little bit expensive , good thing I'm not the one's buying it heh ! , it's the best , in my own opinion ^-^ You can just slice it thinly , the sausages , and stir fry it right away - note that it's a tad hard to slice - but I usually do the boil and steamed thingie as it works for me besides I stir fried it for just few minutes that way my veggies wont be overcooked .

2 lap cheong , boil for 5 minutes and steamed for 15 minutes , sliced
about 150 grams snow peas , snip both ends
some ginger slices
1 clove garlic , sliced
some water
some salt and sugar to taste
1/2 tsp tapioca starch or cornstarch combined with 1 1/2 T water

* Heat a little bit oil in the pan and stir fry ginger and garlic until fragrant . Add in the snow peas and sausage , stir to combine then pour in some water , add some salt and sugar , adjust taste . When some of the water evaporates , add in the starch mixture . Mix thoroughly . Dish up . Serve hot . 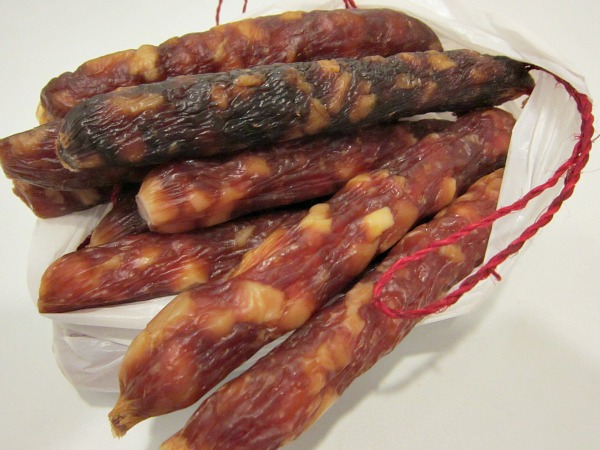