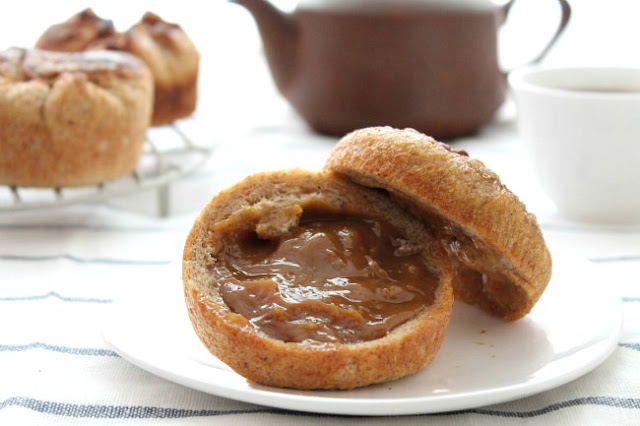 If you're just like me who doesn't have that four letter word in her vocab , you're in the right place lol

I know that it's easier just to buy bread and slathering it with dulce de leche or condensed milk - saves time , money and effort ...

But there's something about the smell of freshly-baked bread and of course , I just love to make baked sandwich bread !

Another thing is kneading the dough - really a good exercise for my flabby arms ..... 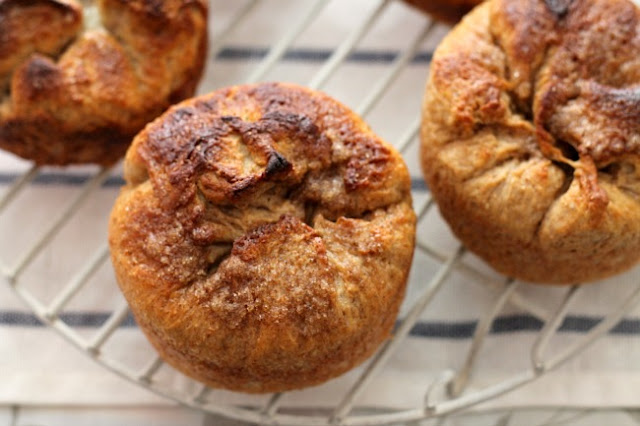 The weather here is starting to get toxic , hot and humid - for sure will continue  in next 4 to 5  months *sigh*

At least , I didn't have to prove the dough under the desklight heh !

Just in case you're interested in making these buns , better use muffin tins , smaller is better especially with sweet filling . I filled each dough with about 2 1/2 tablespoons dulce de leche - really too much , methinks and 1 tablespoon condensed milk which is just the right amount to me . The recipe calls for condensed milk only but I've got some dulce de leche so I used half of that and half condensed milk . Instead of the twisted top  , the top of my buns look like the top of a char siu buns  ^____^ '' 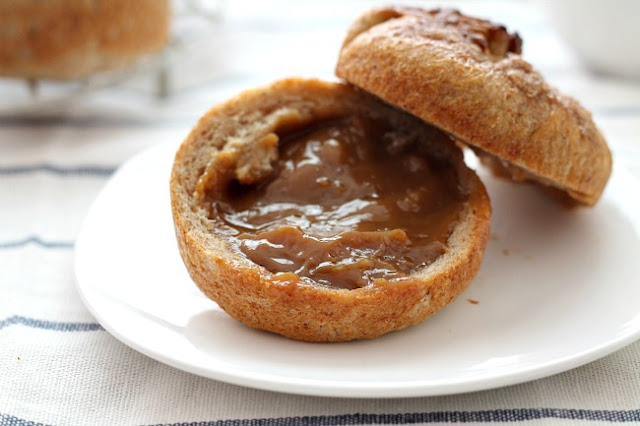 Cinnamon-sugar mix for sprinkling : Mix together 40 grams of granulated sugar and 1/2 tsp ground cinnamon . You'll have more than enough for this recipe .

* In a large bowl , whisk together the first 5 ingredients ; add in the yeast , stir well to combine . Make a well in the center of the flour mixture then add in the last 3 ingredients . Mix to form a cohesive dough ; tip in the dough on a clean surface . Knead for about 10 minutes or until dough is soft and elastic , Transfer dough into a lightly greased large mixing bowl , cover with cling wrap and top with kitchen towel . Let rise in a warm place for 1 hour or until double or triple in size .

* Grease and flour individual pudding basins and place them all on a baking sheet .

* Divide dough into 8 equal ( 65 grams ) portions . Mould them into round shape . Cover and leave to rest for 5 minutes .

* Roll out each portion into a 6 inch / 15 cm round . Brush the top surface of each with melted butter .

* Pick up one round and lay it , butter side-down , on top of one prepared tins , allowing the dough to dip into the basin slightly  . Spoon or pour 45 grams of the condensed milk into the middle of the dough . Carefully gather up up all the edges and gently twist the edges shut like a candy wrapper . Ease the parcel into the tin and put it back into the baking sheet . Repeat with remaining rounds .

* Brush remaining butter on the topknots of the parcels and sprinkle with cinnamon sugar mix . Cover the dough with plastic wrap and a kitchen towel and leave to rest for 30 minutes .

* The cinnamon sugar tends to stick so , remove the bread as soon as possible . 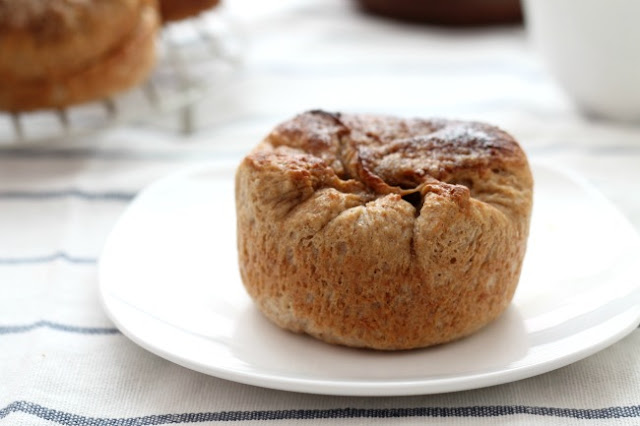 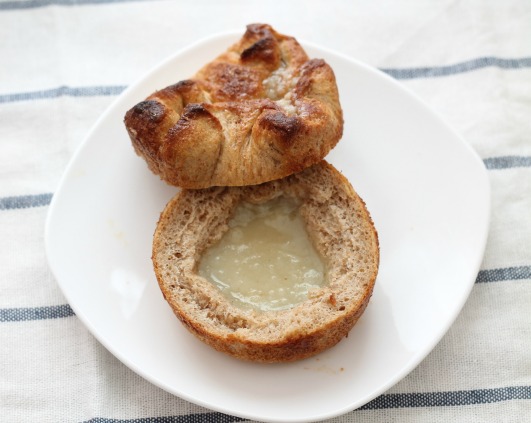 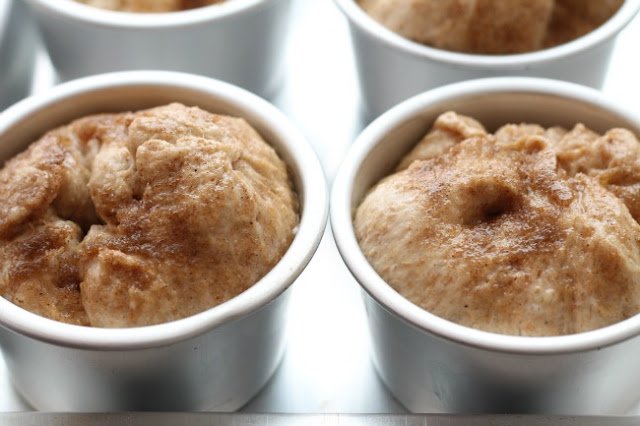 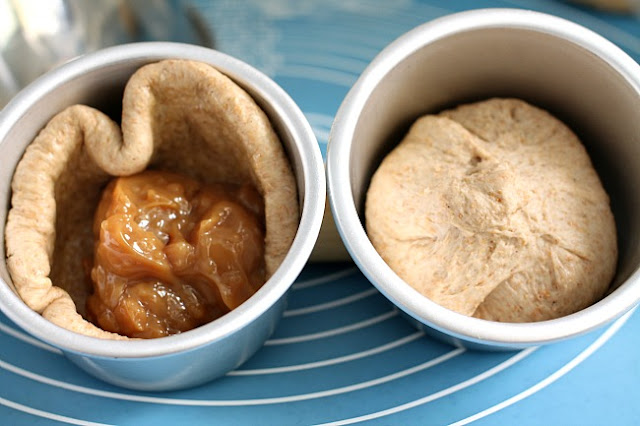