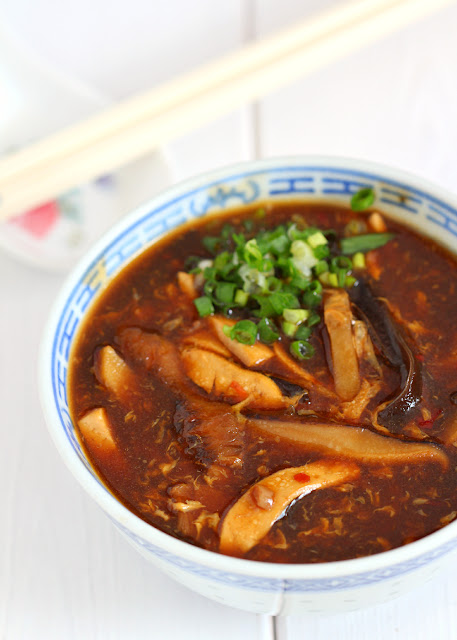 Shanghainese hot and sour soup is more of snack here in Hongkong than a soup usually serve at dinner . It's a popular street side snack and you can buy it all-year round .

Pig's or chicken blood and pig's innards are commonly use to make this soup . The ones I tried so far , were nearly similar to this recipe though pig's blood sounds interesting and I'm sure quiet delicious in this soup .

The hot comes from chili bean sauce and the sour from Zhengiang vinegar . You can adjust the ingredients according to preference . Take care when adding salt , I reduced mine to almost one-thirds but according to my test taster , still a tad salty .

This soup is so easy to prepare , cooking time is actually about 6 minutes , but the preparation of the ingredients will take longer . 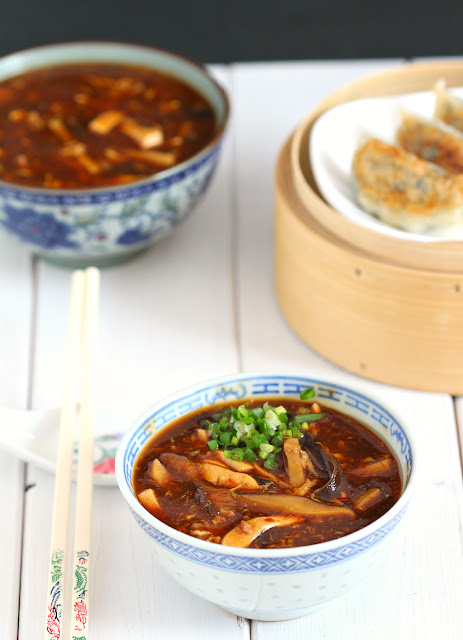 My slight modifications in blue

Seasoning for the pork chicken :

some sliced spring onion for garnish

* Heat saucepan over medium high heat ,  pour in 1 tbsp oil , when oil is hot , add the sliced chicken and cook until it changes color . Add in the mushrooms , black fungus  and bamboo shoots , mix well . Pour in the broth and beancurd and let boil . I simmer it over low heat for 3 minutes .

* When the soup boils again , add in the seasoning and stir in the thickening gradually . Turn off heat , add in the beaten egg and stir to form egg shreds . Serve piping hot . 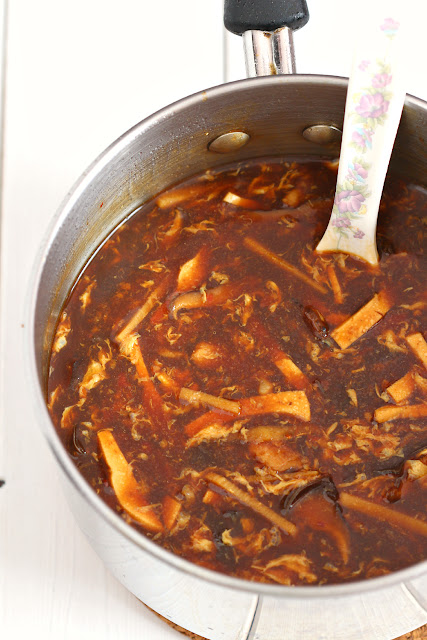 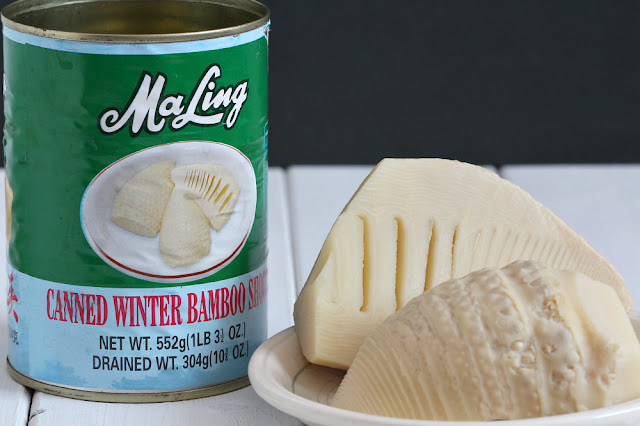 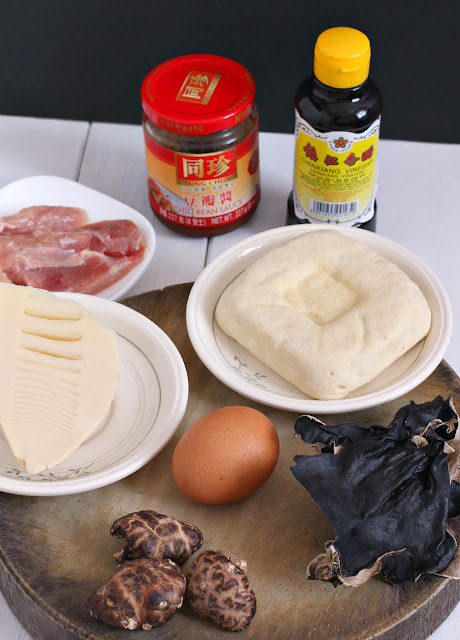