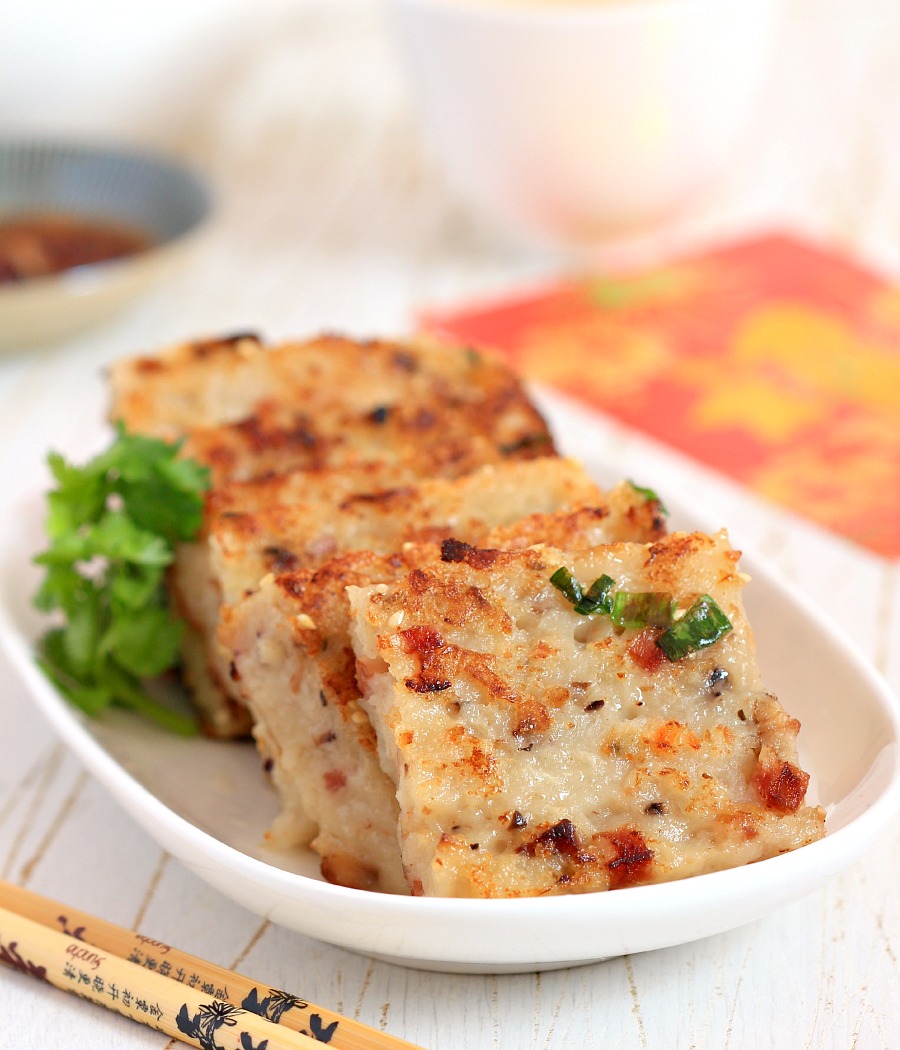 It so happens that I picked up this free Chinese daily a week ago and while I was browsing it , only the photos as I can't read Chinese , I saw this steamed turnip recipe . I wasn't planning on posting another loh bak goh recipe but when I saw another variation , more cornstarch compare to rice flour , I was intrigued heh ! In the recipe that I usually use , it's more rice flour than the other way around so I decided to make it to check whether it is more better than the one I previously made .


I often wonder how did they make those turnip cake that they serve at the Chinese restaurant . Compare to homecooked one which is a bit softer , the restaurant version is more of a sturdier version , compact yet still soft . I think they used more cornstarch than rice flour , this recipe is almost similar to the ones that you can have at some Chinese resto here .


I love turnip cake , so don't mind my rambling about its texture , okay ?! lol 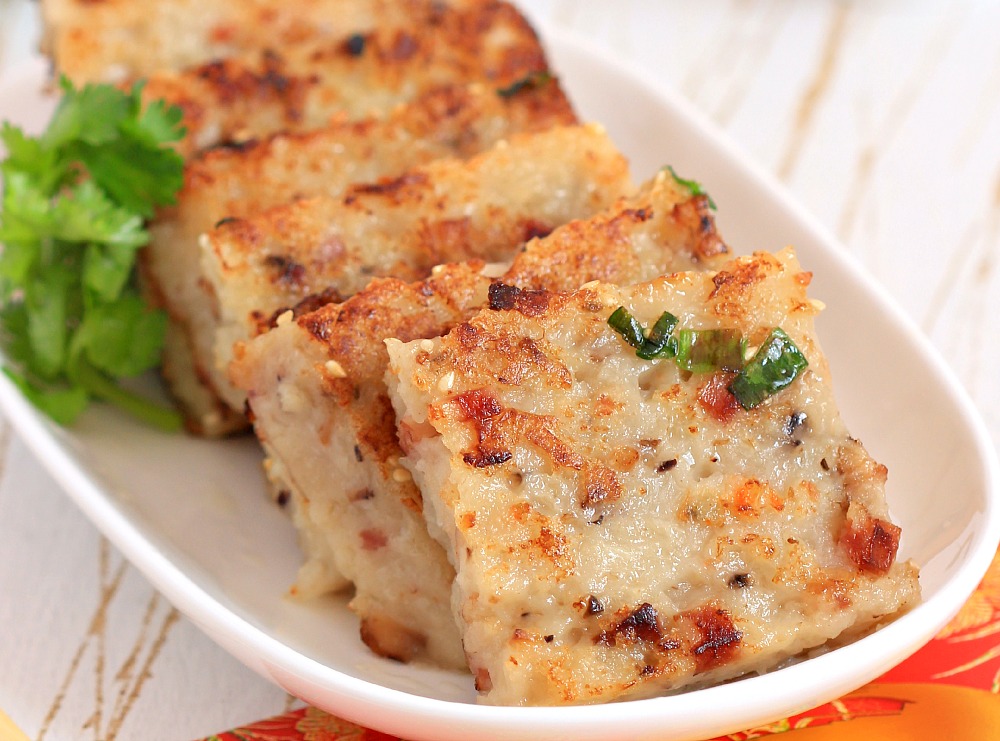 I don't know if the procedure in making this steamed cake is lost in translation . I forgot to ask my translator whether the turnip is supposed to be grated rather than diced and yeah , I diced it ugh ! It took me about 25 minutes to diced the turnip , grating it will take about 5 minutes , darn ! But there was no noticeable difference in texture when you eat it . When I make it again , I'll reduced the cornstarch to 100 grams and use a bit more rice flour  , I find that it tastes a bit cornstarchy , for a lack of a better word . Oh , don't be stingy when greasing the pan , trust me , using that much oil will make getting off the steamed turnip cake out of the round pan so much easier , though you can get away by only using 1 1/2 to 2 teaspoons . 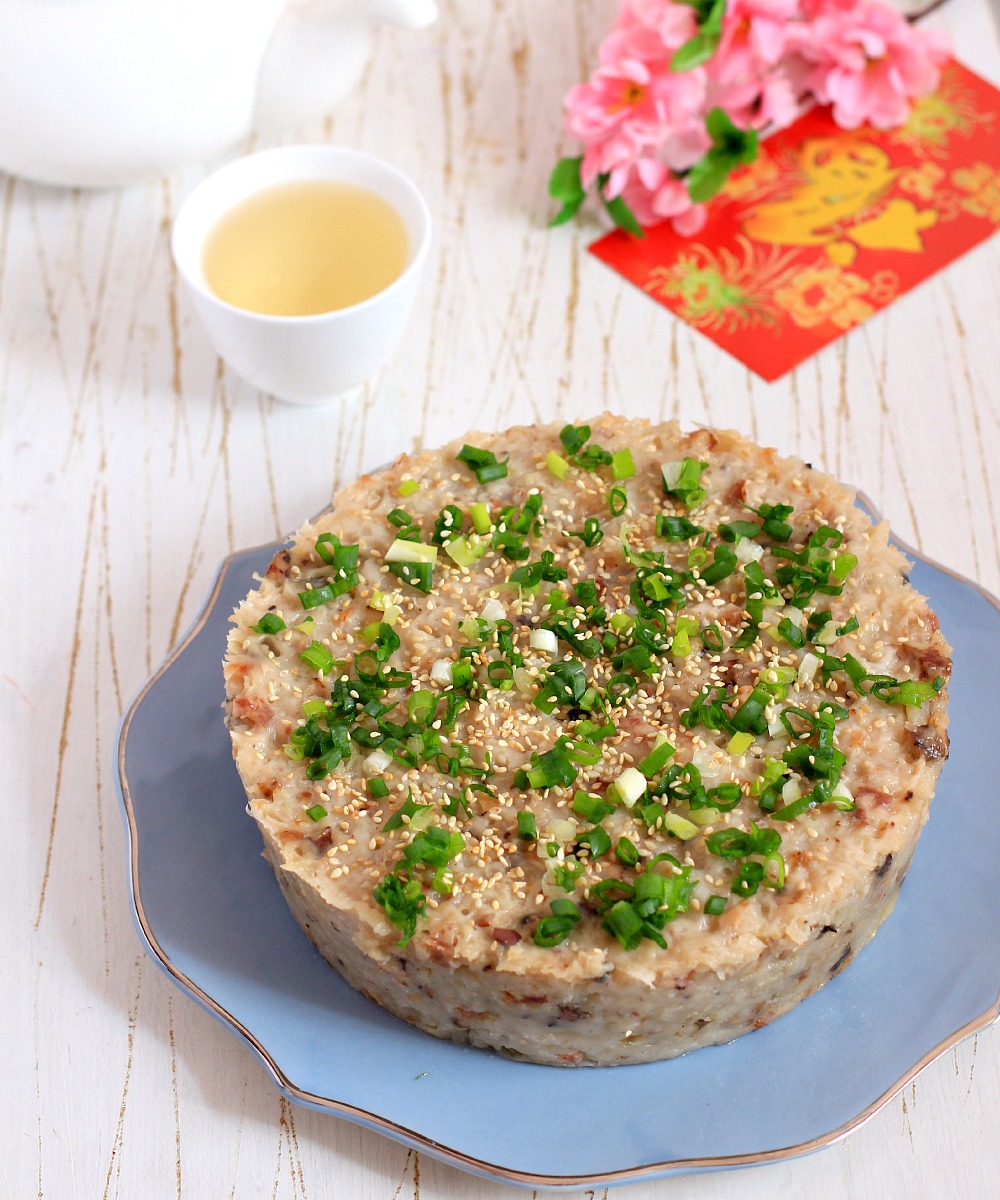 Recipe adapted from Knorr newspaper ad or check Chinese recipe here . The procedure is slightly different for the original . Translation by Sofanfan

My slight modifications in red

1 tablespoon oil , for greasing the pan

* Heat wok , add in the Chinese sausage , cook over medium heat for 2-3 minutes until it renders some fat then add in the shrimps and mushrooms , cook for 2 more minutes . Transfer to a plate , set aside .

* In the same pan / wok , add in the diced turnip , water and sugar , cover and cook over medium heat , stirring from time to time ,  for 10 minutes or until turnip softens . Strain mixture over a mixing bowl and put turnip back into the pan .

* Add the Chinese sausage mixture into the pan with the turnip , stir until combine then pour in the rice flour and cornstarch mixture , adjust seasoning , if needed . Turn heat to medium and keep stirring until mixture thickens , about 1 minute or so . Take pan off heat and transfer mixture into the prepared pan .

* Steam over medium-high heat for 45 to 50 minutes . Sprinkle some sesame seeds on top of the cooked turnip cake and leave it inside the wok , covered , to cool completely .

* Run a knife around the pan and transfer the turnip cake into the plate , top with some sesame seeds and sliced spring onion . Cut into slices and pan fry , serve with chili sauce or hoisin sauce . 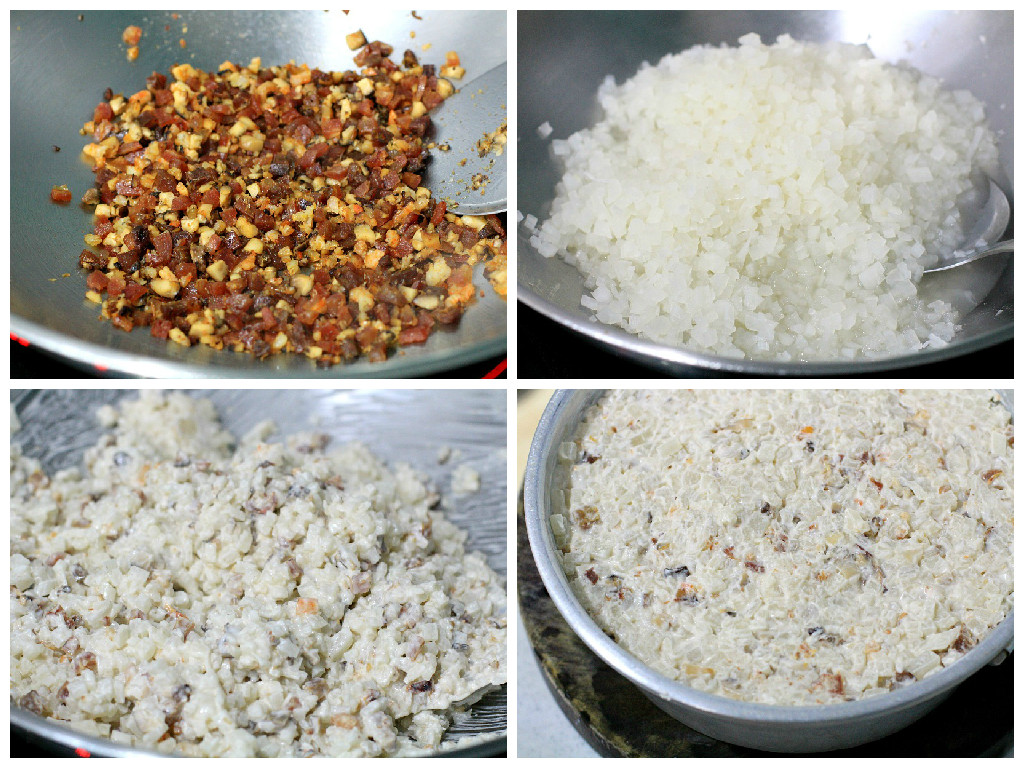 I'm linking this post to Cook and Celebrate : CNY 2015 . This bloghop event is organized by Zoe of Bake for Happy Kids , Yen of Eat your Heart Out and Diana of The Domestic Goddess Wannabe 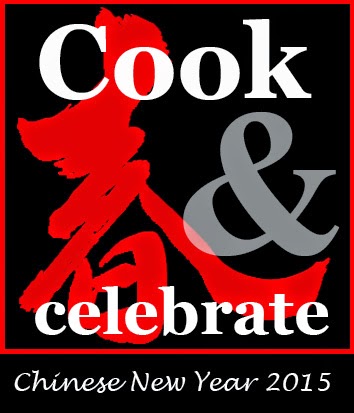