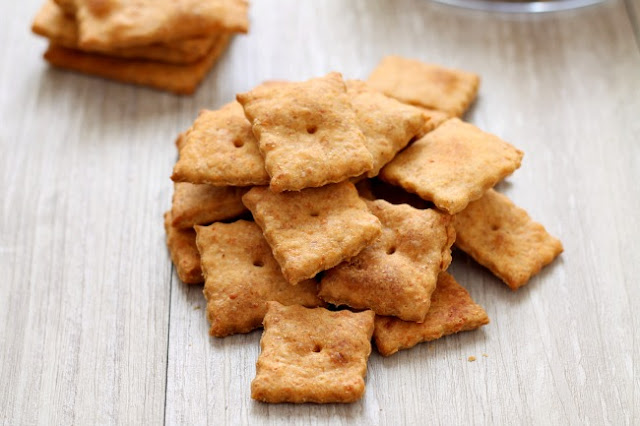 I've never really thought of making crackers - how about you ?

Crackers is the recipe chosen by Lena  , one of  the Bake-Along hostess .....

The best thing about joining the gels in their bi-monthly recipe taste test is I can try those recipes that I won't usually thought of making .

Though I've missed loads of previous bakes due to time constraint okay , okay , pure laziness or sometimes brain-freeze but the gels are a nice lot . They'll continue to let you join in even though you're slacking from time to time lol 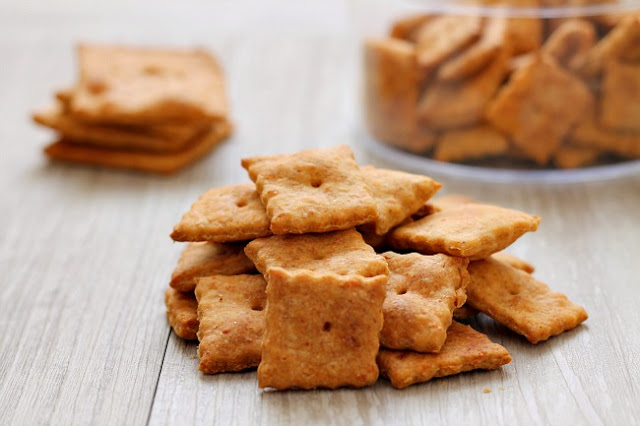 While I was making this , I remember Jeannie of Baking Diary said that her crackers were a tad too salty so I told myself to go easy on the salt ....

Go easy on the salt , my foot ! I've forgotten to add it altogether *sigh*

These crackers are crunchy but not that crispy , spicy ( which I love ) , not really cheesy  ( need to add more cheese next time ) though lacking an oomph due to the lack of salt ...

That said , these cheese crackers pairs well with tuna-mayo spread and an ice-cold Coke zero  ^___^ 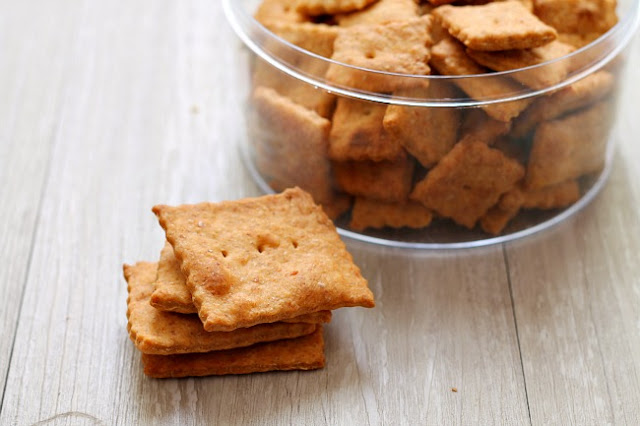 * To make the dough by hand : In a small bowl , combine flour , sugar , salt , cayenne pepper , paprika , mustard seeds and cheese . Using a pastry blender or 2 knives , cut in the shortening and butter until mixture forms a large coarse crumbs . Pour in the cream and mix with fork until a cohesive dough forms .

* Transfer dough to a clean work surface  and gently squeeze it together . Press dough into a disk and wrap it in a plastic wrap and leave to rest at room temperature for at least 20 minutes or for up to an hour .

* Bake crackers for 12 minutes . Let cool and store crackers into an airtight container for up to 5 days . 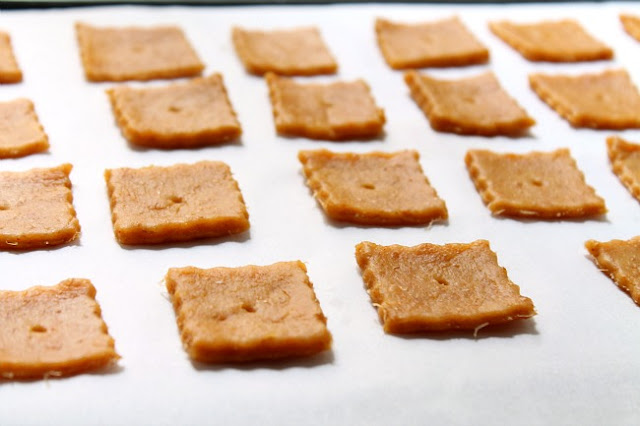 This post is linked to the blog hop event , Bake- along , hosted by Lena of Frozen Wings  , Zoe of Bake for Happy Kids and Joyce of Kitchen Flavours .