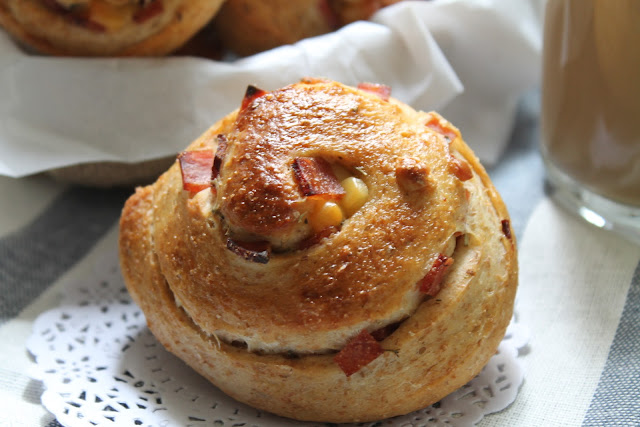 It's a toss up between mocha brownies and this Japanese style bread .....

But the bread won this time as the temperature calls for a more vigorous exercise ! lol

I didn't really believe it when I read that the dough of this bread is very sticky at this site  ( she recommended  using a bread maker ) ....

I told myself , how sticky can it be ?  Stickier than this Pan de mie ? 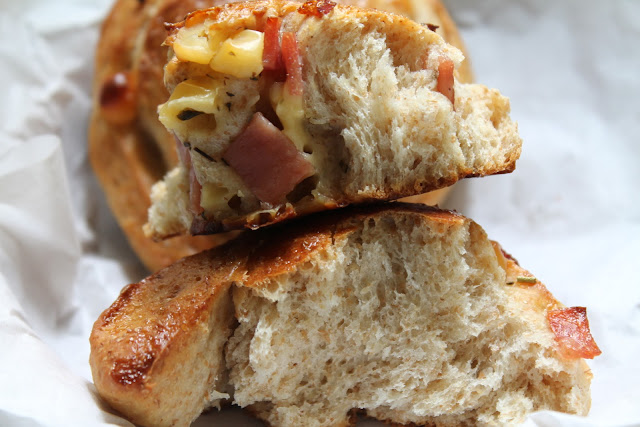 You should see my hands coated with sticky gooey mess ....

I've tried resting the dough for more than 5 minutes before another round of kneading but 'twas still too sticky so another extra flour was added and added until .....

So this time , I've used some whole wheat flour and what a difference it makes , sticky yet manageable and just some dusting of flour compare to a 50 grams of  extra flour that I've added last time ( I usually weigh my final dough )  ....

Soft , bouncy and a very tasty bread compare to my first attempt which even though 'twas bouncy but not as soft as I'd like it to be due by too much flour added ..... 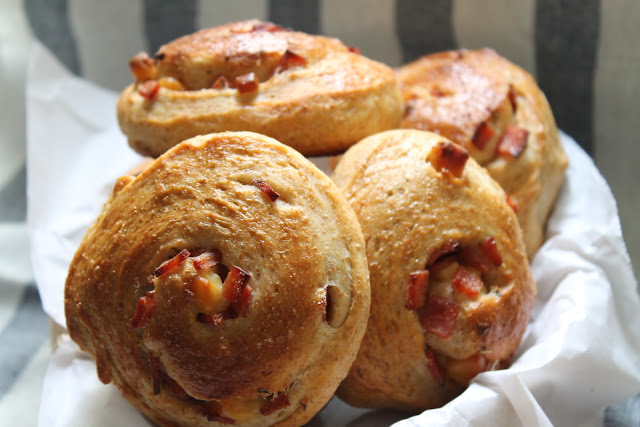 The recipe is called Japanese style bacon and cheese loaf bread ( Tangzhong method ) but I've made some tweaks ( again ! ) thus the different name .

* In a large bowl , combine or sift bread flour , whole wheat flour and salt . Mix in the yeast , sugar and milk powder , whisking well to combine . Rub in the butter then make a well in the center , add in the egg , tangzhong mixture and the milk , mixing in together to form a soft dough .

* Turn mixture into a clean surface , knead the dough until it's soft and elastic , about 6 to 8 minutes . Form dough into a ball then place in a lightly greased bowl , turning once and cover with a plastic wrap and let proof in a warm place for 1 hour and 30 minutes .

* Knock back the dough onto a clean surface , deflate the dough and roll into a roughly 18 by 12 inches rectangle , scatter the ham and cheese mixture on top and roll from the long side , seal the edge gently ; cut into 12 pieces and place into a lightly greased pan . Cover loosely with plastic wrap and let rise again for 45 to 1 hour . 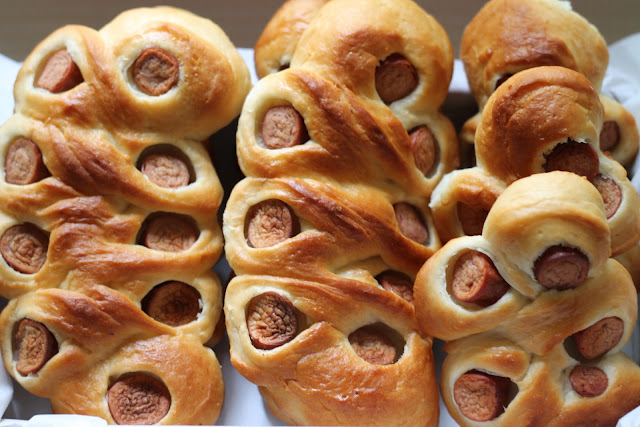