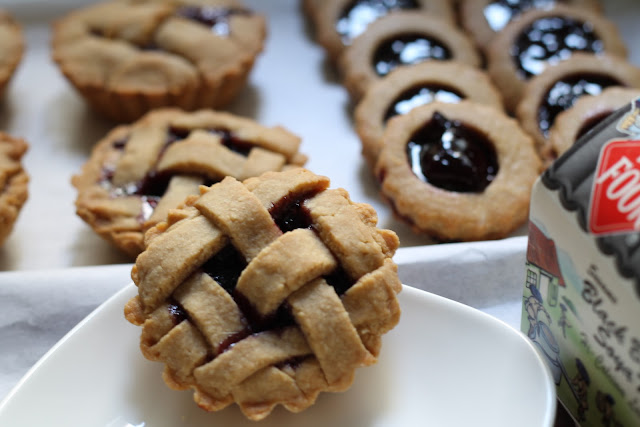 Linzer  tart is said to be the oldest cake in the world and named after the city of Linz , Austria  .

It has a crumbly pastry base , a jam filling and a lattice top .

As I seldom make a pie or tart for that matter , handling the pesky tart dough is an arduous heh ! task ....

Kneading a sticky bread dough is much easier than handling a pastry dough ! pfffttt

I had no problem while doing the tart base but making a lattice strips that keeps breaking in several pieces made me sigh .... 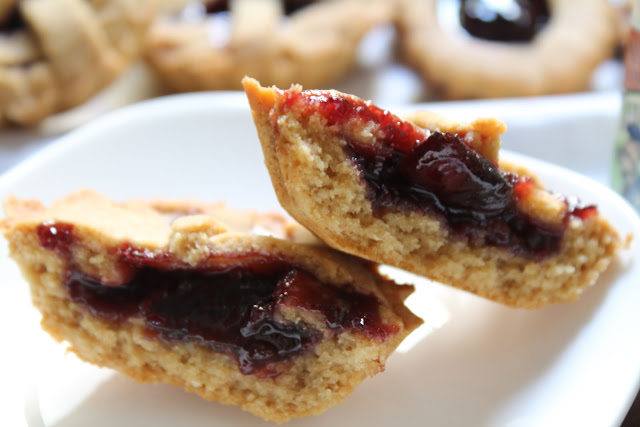 No swearing at that time as 'twas nice and cool in the kitchen , great for manhandling the pastry dough ! hee hee

After several broken strips and several re-rolling of dough , I finally gave up and added several dusting of flour and my last attempt produced a respectable lattice top  ^___^ ''

That's the only one though , the rest are blah ! tsk tsk !

The recipe that I used is from Good Housekeeping site and baking powder is listed as one of the ingredients in making a pastry dough , which you don't usually see in most tart dough recipes .

The filling is a cranberry and raspberry jam combo but I don't have cranberries so I used some of my frozen cherry stash instead and together with the raspberry jam , I might say , it's really a great combo ! 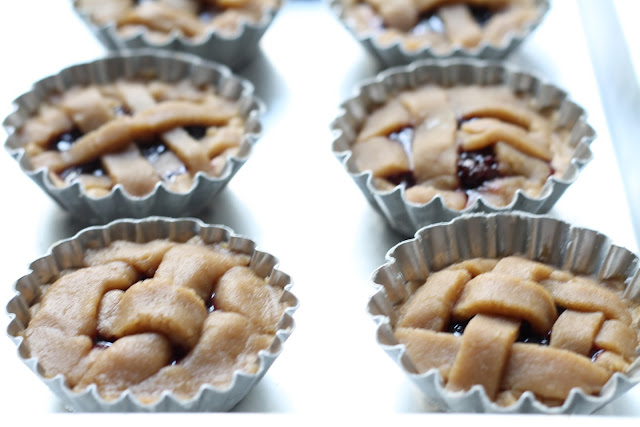 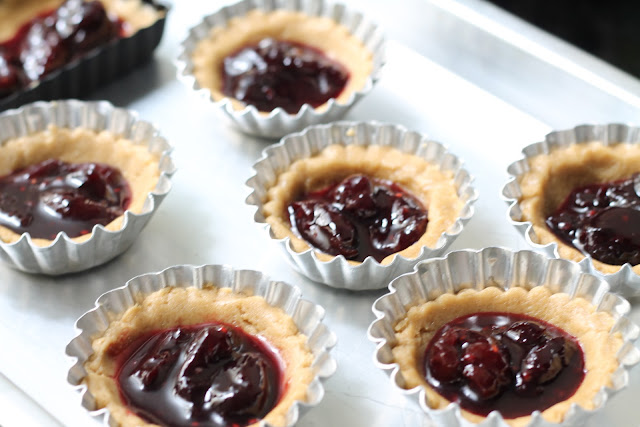 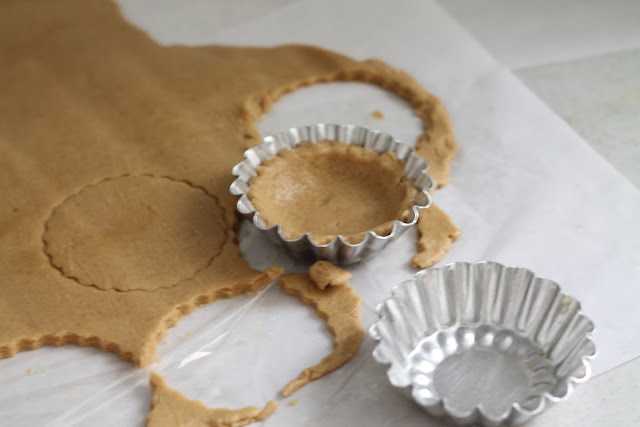 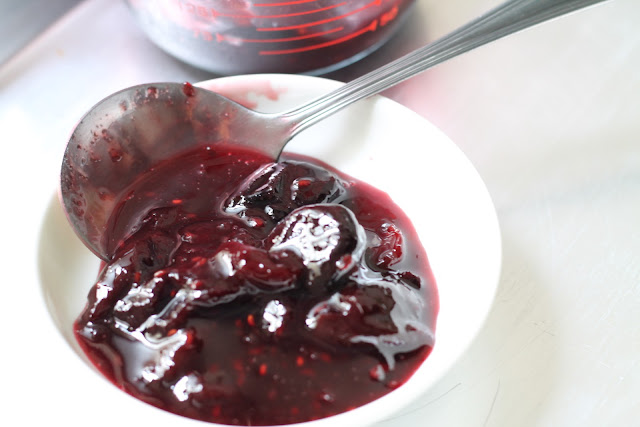 ( Please check original recipe of the pastry dough , the filling and how-to make at the site )


* In a food processor , blend almonds and 1/4 cup of the flour until nuts are very fine .
* In a large bowl , with mixer at medium speed , beat sugar and butter until blended ; increase to medium-high and beat until creamy , about 3 minutes . Beat in vanilla and egg until smooth , 1 minute . Reduce speed to low and add the ground almond mixture , cinnamon , salt , baking powder and the remaining 1 cup flour and beat until just combined . Gather the dough and form into a disc , wrap in a  clingfilm and chill for an hour or until firm .
* On a lightly floured surface , roll about 2/3 of the dough out to a thickness of about 1/8-inch  and carefully put dough into each individual tin , spoon out some filling on top . Roll out the remaining dough and cut it into thin strips , and arrange strips in a lattice across each tart shell . Chill for 30 minutes .
* Cut out the remaining dough to make some cookies and spread some jam between each piece , freeze or chill before baking .
* Meanwhile , preheat oven to 190°C . Lower to 180°C and bake tart for 25 minutes or until golden . Let cool in the tin before turning in the wire rack .  Bake cookies for 14-15 minutes .

I'm submitting this post to the Bake Along event featuring Linzer tart , hosted by  Zoe of Bake for Happy Kids , Joyce of Kitchen Flavors and Lena of Frozen Wings

Do check out some blogging friends yummy offerings !