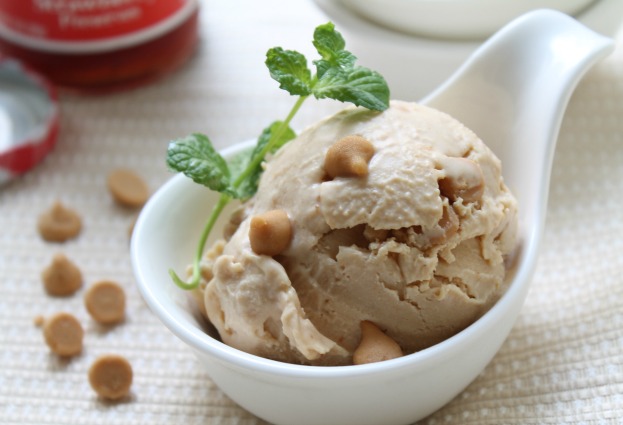 Just once , try making this yourself !

Heck ! Just use some elbow grease !

One of the easiest ice cream recipe around ...

This recipe calls for half and half but I sub it for whole milk and cream .....

Eventhough the mixture was still slurry after being churned for an hour - more milk than cream , I guess - but no worries,  as the mixture sets after 4 hours ....

This ice cream is smooth as silk and well , peanut buttery for lack of a better word ?! lol * Combine all ingredients above except the candy in a food processor or blender ; process until smooth ; chill the mixture thoroughly in the fridge .
* Churn mixture in the ice cream maker according to the manufacturer's instruction ; I added the chips after the last 2-3 minutes of churning ; transfer mixture in a container and freeze for at least 4 hours or overnight . 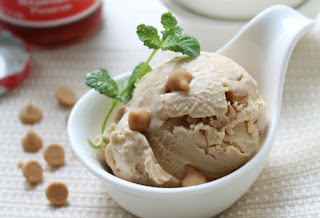